With more folks being interested in hunting in recent years, they are exploring different types of hunting.  Most big game hunters new and old will be grabbing their rifles as they head into the woods, mountains or the back 40.  Archery also has a robust number of hunters picking up their compound or traditional bows as they head into the field.  There are even a small number of hunters who choose to head out to harvest game with a handgun.

Depending on what game someone is after or where and how they choose to hunt, it may indicate the need for different cartridges. Just as it is with rifles, rifle cartridges, bows, arrows and broadheads, there is a literal pile of different options to choose from.  Whether you are looking at large caliber handguns for hunting or just to have for protection while outdoors with the lions, tigers, and bears (Oh My!) this article will cover a few of the most popular handgun hunting cartridges.

The .44 Remington Magnum has been trusted by hunters and guides since it was first fielded in 1955.  Designed by Elmer Keith in 1954 and Smith & Wesson used it to produce their Model 29 revolver in varying barrel lengths.  It would be a safe bet to say .44 Magnums are the most common handguns carried in the backcountry of Montana, Wyoming, Idaho, and Alaska. 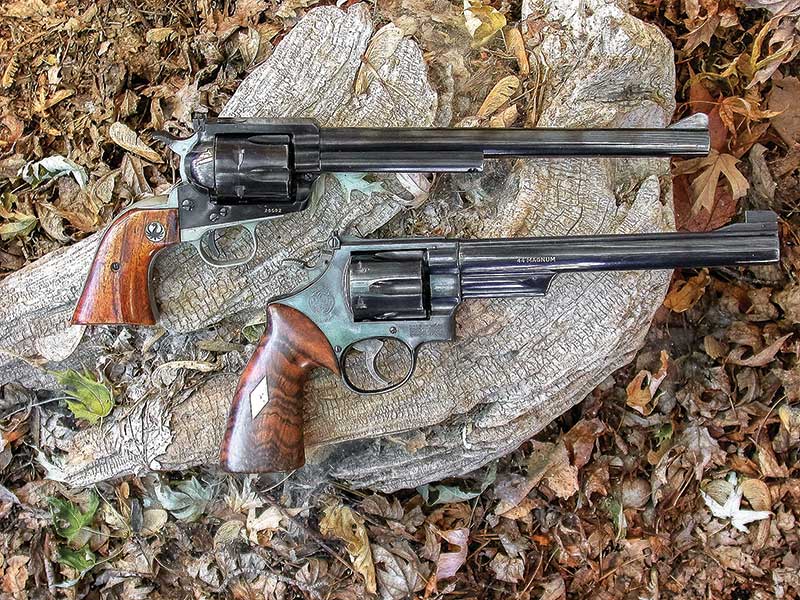 Bullet weights from 180 grains to over 300 grains make this cartridge extremely versatile.  This cartridge works great for whitetail deer, mule deer, feral hog, or black bear.  It’s a favorite of sportsmen while hunting over hounds and it’s not hard to see why. Trailing hounds that are pursuing feral pigs, bear, or cougar up and down the mountains or through the forest is made much easier when carrying a four- or six-inch revolver than a carbine or shotgun.  At the same time as being easy to handle package, anyone who has seen a “Dirty Harry” movie will tell you a .44 magnum packs a formidable punch.

A 300-grain bonded jacket hollow point or hardcast bullet will deliver plenty energy to game.  Ruger, Taurus, Freedom Arms all produce revolvers in 44 mag.  Smith & Wesson still produces their model 29 in a 4 inch and 6.5 inch as well as some new offerings in their L frame revolver making it usable for more shooters and hunters.

Next is an oldie but a goodie; the .45 Colt.  Designed in 1872 by Colt Firearms and Union Metallic Cartridge Company.  The 45 Colt was adopted by the US Army in early 1870’s and serviced along a few other revolvers.  The 45 Colt became a favorite among cowboys and lawmen as well as soldiers the soldiers who carried them.  My personal feeling is that this cartridge is often under rated today, even when compared to the newest “hotrod” cartridge someone thought up. 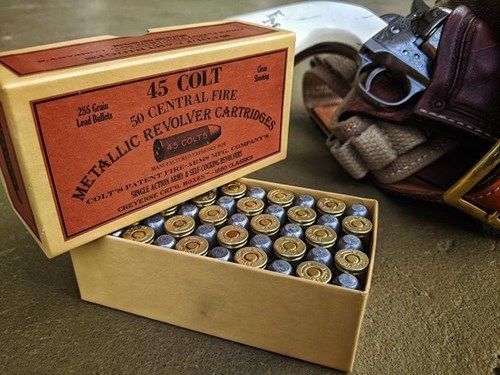 Some of these loads are more than adequate for most game in North America; however, you shouldn’t use modern high-pressure loads in old Colts and reproduction revolvers as they aren’t designed for the increased chamber pressures.  There are fair amount manufactures making handguns in this loading as well including single shots from Thompson Center, revolvers from Smit & Wesson, Ruger, and a handful of others.

A relative newcomer to handgun hunting is the 10mm.  The 10mm was developed in 1983 by Norma and was introduced in the Dornaus & Dixon’s Bren Ten.  While the Bren was less than ideal, the cartridge has its merits.  The energy delivered by this cartridge got the attention of the FBI after a shootout between a suspect and their agents in Miami in 1983.  The FBI showed interest in the cartridge for a very short period prior to adopting to the .40 S&W for a more compact pistol with less felt recoil.

The 10mm delivering a 200-grain bullet at 1,200fps.  The original Norma load was a 200-grain bullet at 1200 fps, but modern loadings can be tamer or really push the limits of the cartridge. The current 10mm loads range from .40 S&W power levels to comparable ballistics of a light .41 Magnum.  The bullet weight and velocities are plenty for medium to large game at handgun ranges.  This gives a more modern option for hunters looking for an option in a semi auto pistol.

Glock, Kimber, and Sig Sauer all currently offer semi autos as well as revolvers from Smith & Wesson and Ruger.  The high capacity and light weight polymer frames of the Glock 20, 20SF, 29 and 29SF chambered 10mm have made them quickly become favorites among guides and hunters as a backup pistol on hunts and around camp in bear country.  The recoil is these pistols are manageable in the full-size pistols and manageable enough in the compacts for emergency use.

The .41 Magnum was introduced in 1964 by Remington and Smith & Wesson, with their Model 57 and Model 58 revolvers.  Originally marketed to law enforcement using a 210-grain semi wad-cutter out of a four-inch barreled N frame.  Unfortunately, it never really caught on with law enforcement.  It was slightly better received by the civilian market and has held a loyal following of hunters, though never really being in high demand. 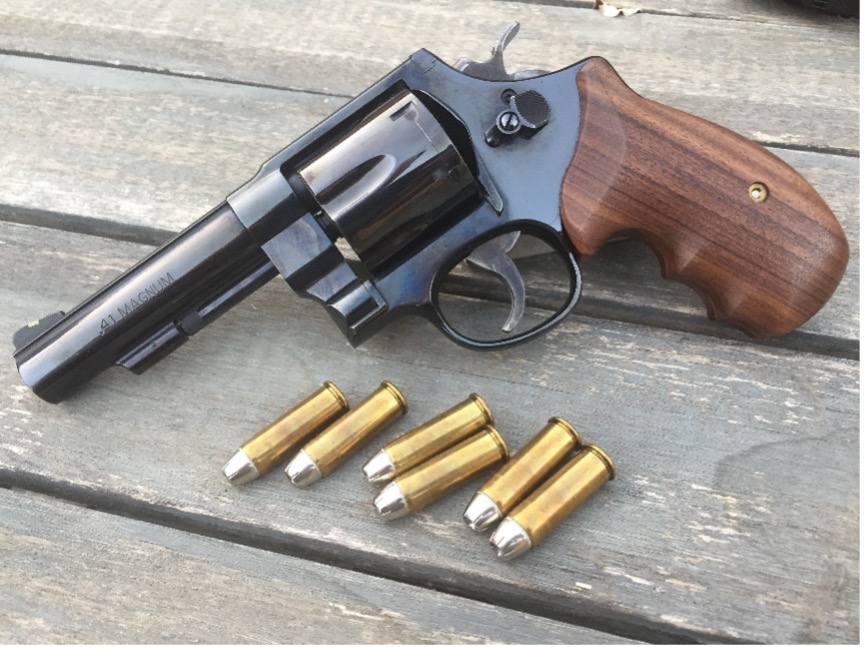 I’ve become a big fan of the .41 Mag and Smith’s model 58.  I’ve found it to be rather effective on both mule deer and feral hogs.  The .41 Magnum can launch projectiles from 175-grain jacketed hollow point up to 250-grain hardcast.  Barnes, Federal, Remington and Winchester all offer a selection of loading for the .41 Magnum.  In addition, you have companies like Buffalo Bore, HSM and Double Tap to name a few offer some robust loads if you’re looking for a little more out of your .41.  While these days all ammo is a bit difficult to find, prior to the current craziness you could often find a box or two of it on the shelf.  Most hunters packing a .41 Magnum find it as effective as the .44 Magnum but with a bit less recoil.

The last cartridge we’re going to touch on was introduced in 1935 and once again, Remington provided the cartridge while Smith & Wesson provided the handgun.  That’s right, the venerable .357 Magnum. While it may be the least powerful cartridge on this list, it is likely the most common one in hunter’s homes across the country and is probably best known as a defensive caliber.  The 357 Magnum made a name for itself as a reliable “man-stopping cartridge”, only giving way to the 9mm as law enforcement realized the benefits of greater carrying capacity. 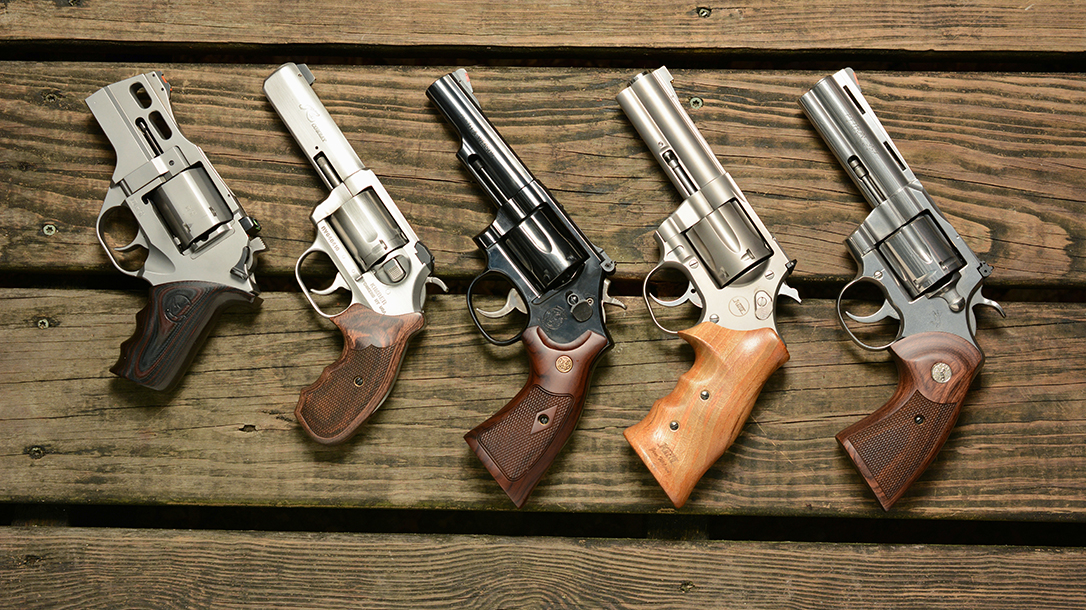 This cartridge launches projectiles from 110- to 180-grains.  This cartridge has taken down plenty of game in the hands of hunters who know how to use it.  I personally was a big fan of Federals’ 180-grain castcore ammunition and used it for years until my state began to require leadfree ammunition.

The hardcast projectiles proved quite effectively on feral pigs.  Medium framed revolvers in .357 Magnum are easy to handle, relatively light and often a “go-to” option for hunters chasing mountain lion or feral hogs with hounds.  It provides enough punch without beating up the user in a medium or large frame revolver.  Offered by just about all companies making revolvers, a hunter is sure to find one that fits them right.

It’s All About Preference

All the cartridges mentioned here are good options depending on the game you’re seeking, the method of hunting and the abilities of the hunter.  All the cartridges listed here are straight-walled cartridges so in states where that it is required for hunting, you’re good to go.  Handloading these cartridges gives you even more capabilities and should help with the recent lack of ammo on the shelves while at the same time making your ammo choice more cost effective.

In addition to being efficient and effective hunting cartridges in a decent handgun, all of these become even more impressive in a light weight 16- or 18-inch carbine if you’re not ready to take on hunting with a handgun but perhaps that’s a topic for another article.  Whichever cartridge you choose get in lots of practice to become as effective as you can with your chosen firearm and cartridge. 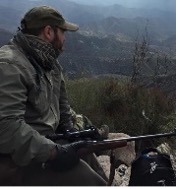 Joe D. works in the firearms industry in one of the largest private armories in the world. He is a firearms expert, an accomplished marksman and avid hunter. He also works as a California Fish & Game Hunter Education adjunct instructor and has been involved in educating firearms enthusiasts from first time buyers to professional film and television armorers.

How hurt would you be if your Bullet Proof vest CAUGHT the Bullet???

No Result
View All Result